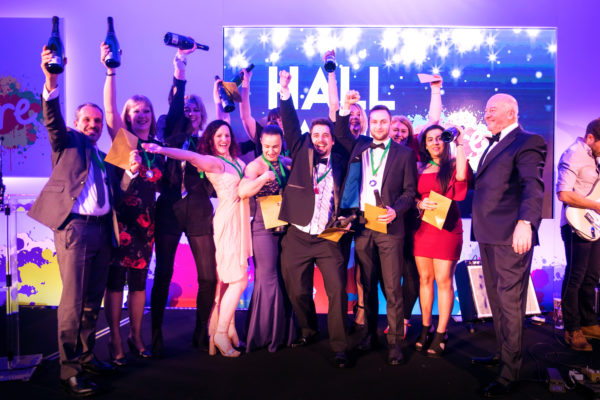 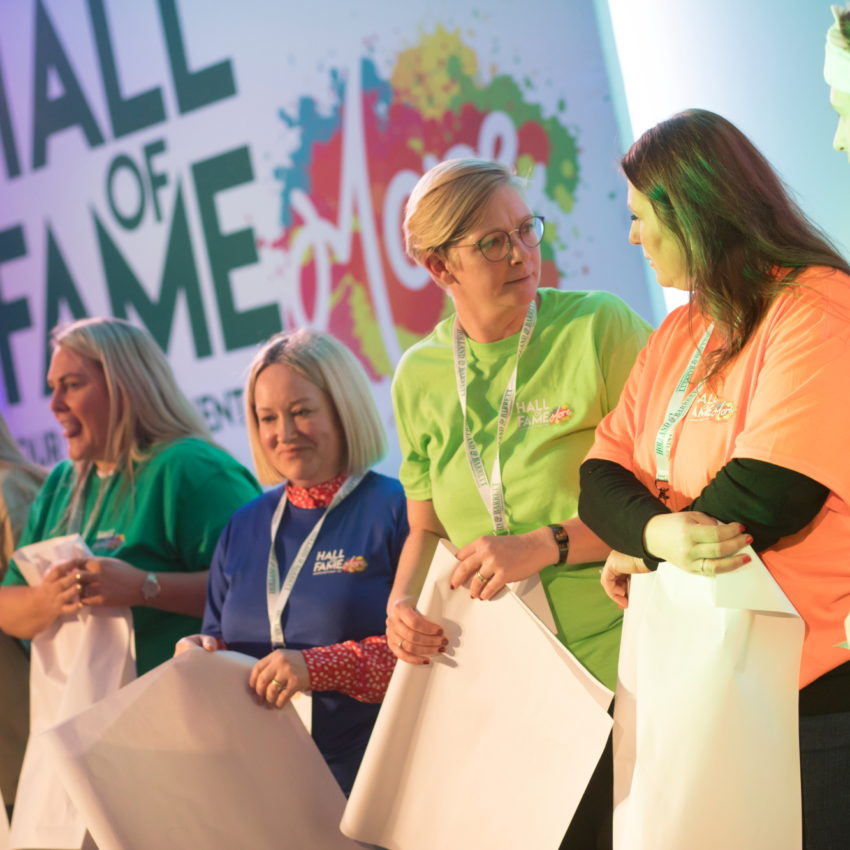 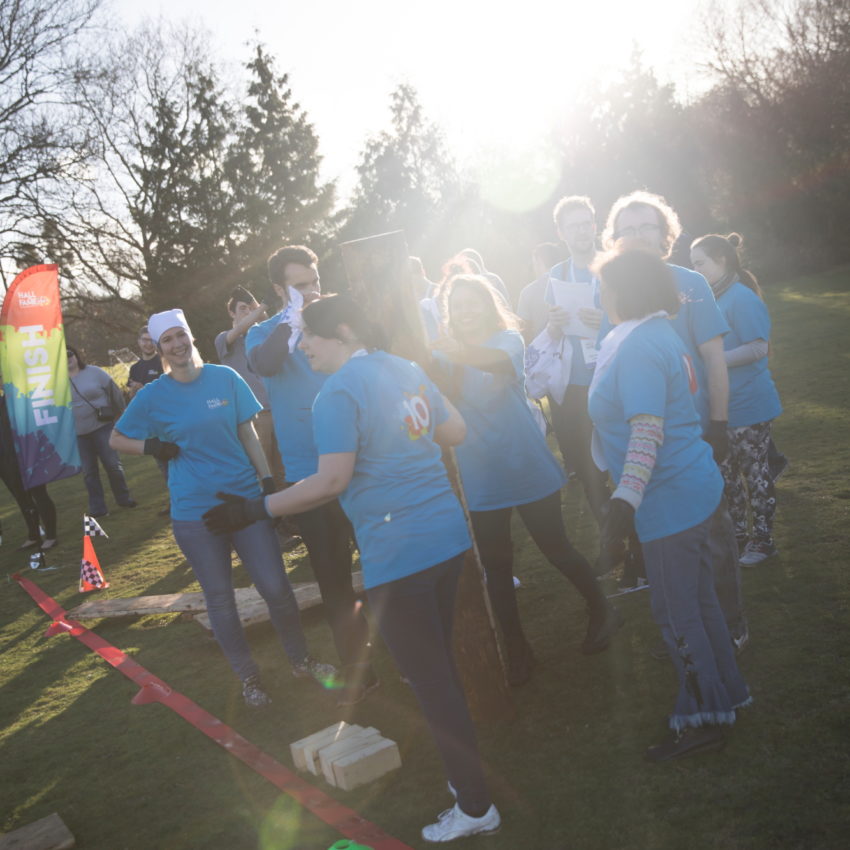 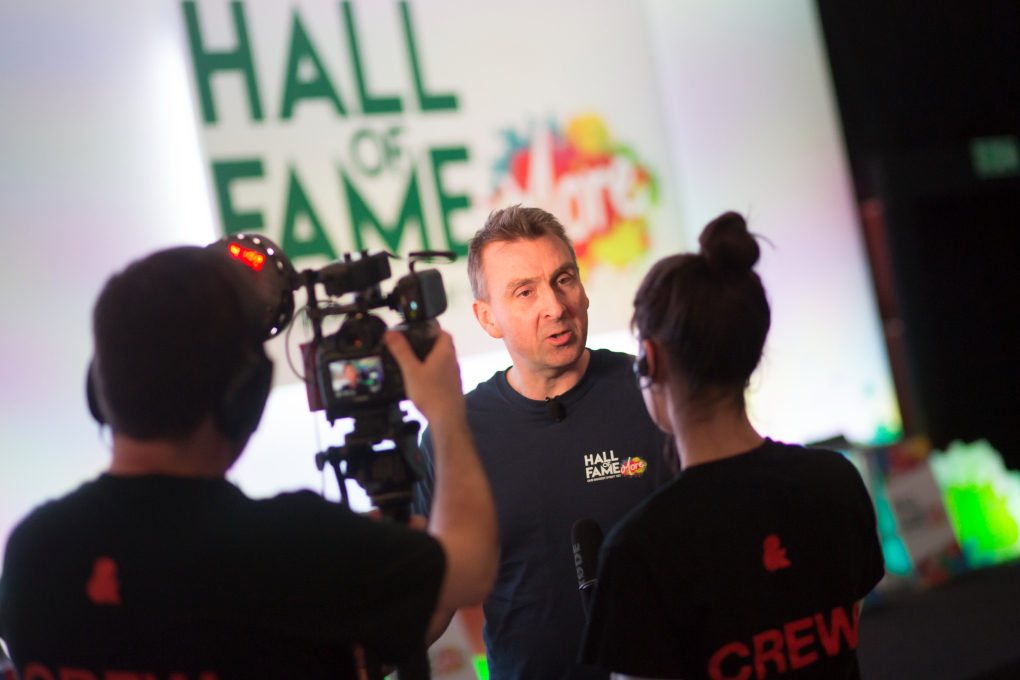 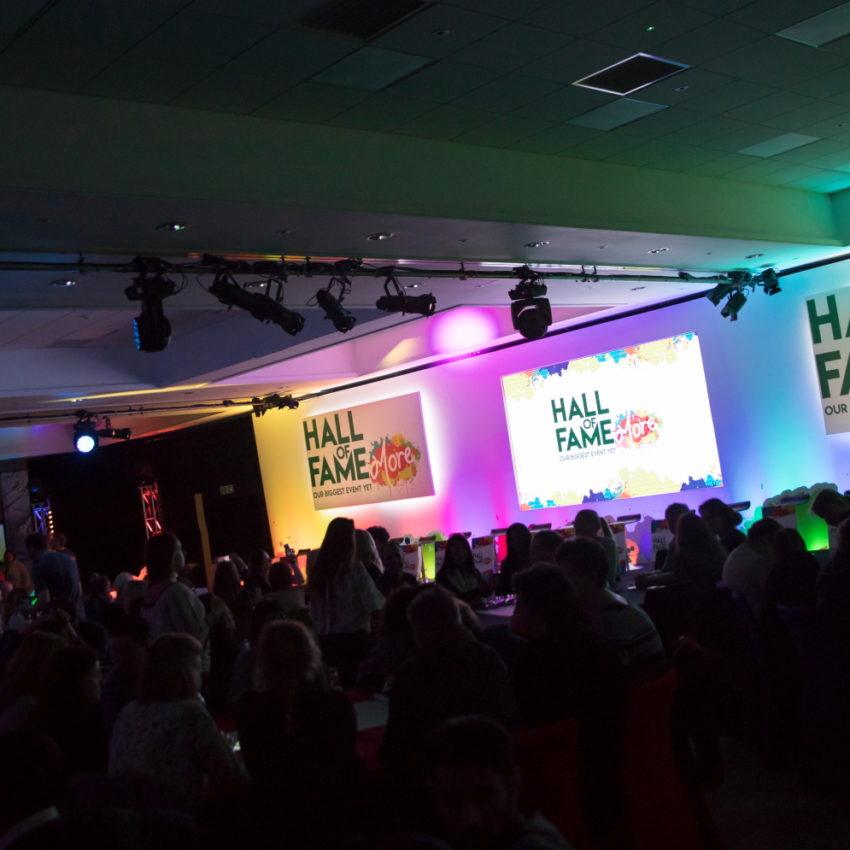 Having worked with Holland & Barrett for five years, we’re very familiar with their customer facing brand as well as their internal working culture. So it made perfect sense when they asked us to get involved in their annual team building event, Hall of Fame. Holland & Barrett have done a fantastic job of organising this event internally, for the past 29 years. But each year they’ve stepped it up a notch, and this year it was time to make it bigger and better than ever before. Which is where we came in! 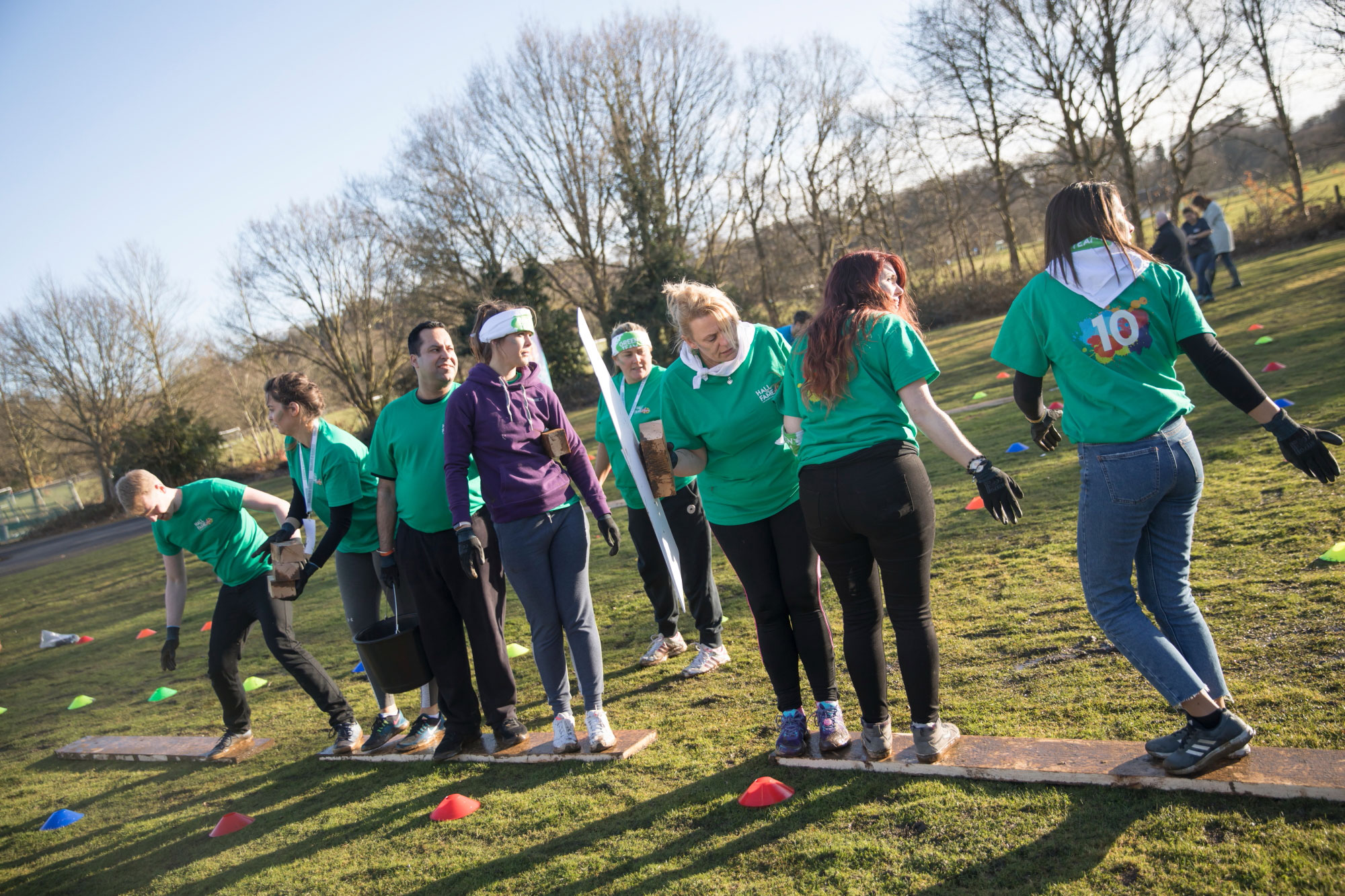 A two day event spread across the expansive De Vere Beaumont estate in Windsor, Hall of Fame gives Holland & Barrett the chance to really thank the shining stars from teams across the business with some fantastic prizes. But they have to work for them! The event brings the cream of the crop together in order to fight for the coveted Winners title each year. And we can confirm, it gets tense!

Delegates arrived at 1pm to be greeted by an impressive supplier exhibition, tasked to discover as much information as possible from all of the suppliers, knowing they were to be quizzed on it later in the day. Everyone’s competitive edge got the better of them, leading to lots of excitement and a buzzing atmosphere!

After the frenzy of activity during the exhibition, delegates took a break before congregating in the main room, which was awash with colour, in-keeping with event-ID. The music was upbeat, celebratory and fun, if a little cheesy…yet despite some reservations it worked perfectly in enthusing the delegates even more. 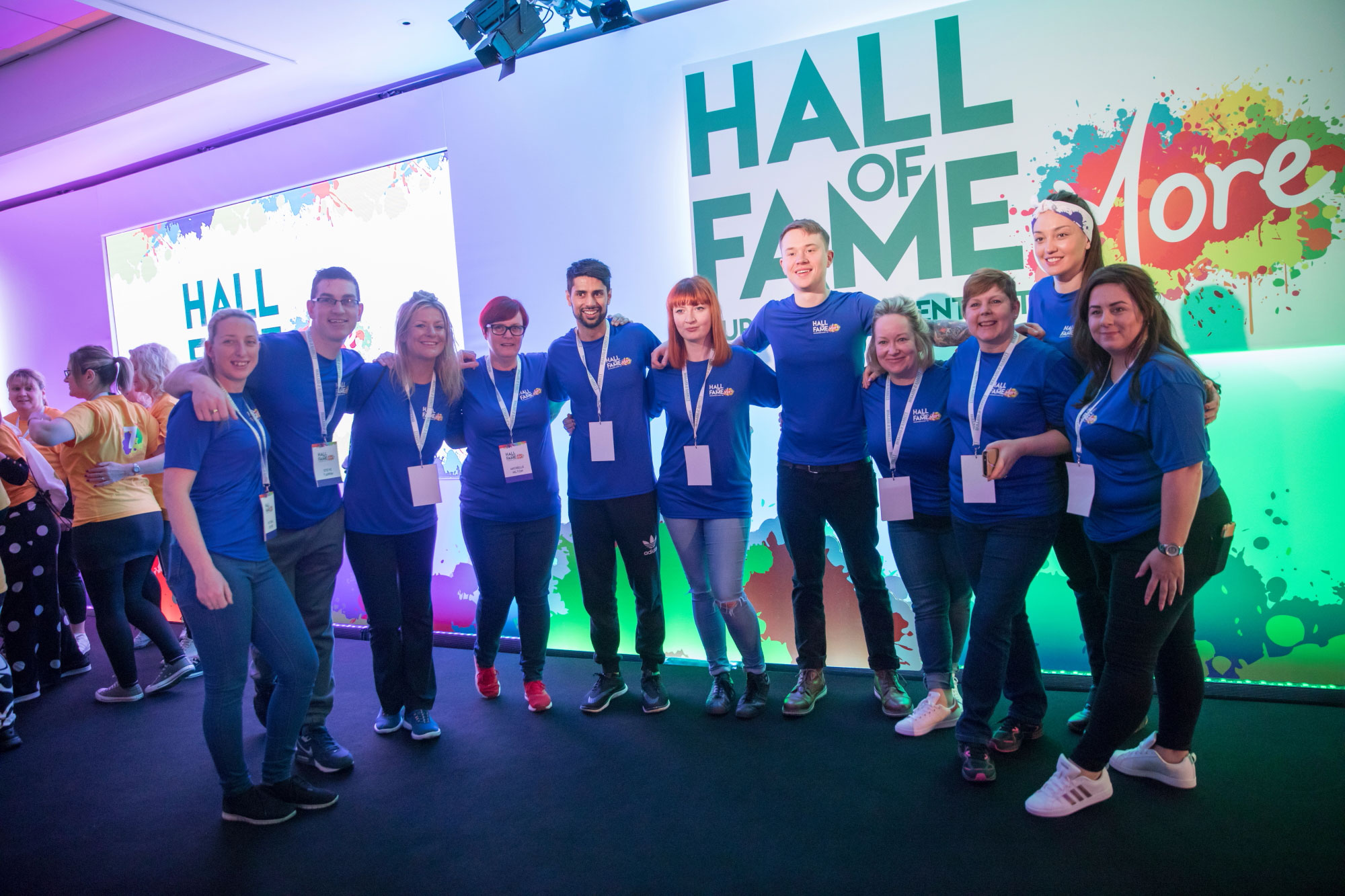 Ahead of the event, we worked with Holland & Barrett to produce a video introducing all of the team hosts to open up this section of the event. The creative was thought through in collaboration with the client, resulting in a hilarious production which went down a treat on-site and set the tone for a good humoured, fast paced, tongue in cheek, couple of days. The only thing left to do after this, was choose the teams!

Once all 16 teams were picked and attributed their team colour, the games began.

First up was a frantic quiz, which demanded team hosts run up to stage with the correct answer in an allocated time. And it was taken VERY seriously. This, however was just a teaser to give the delegates an idea of what they were in for. After an emotive closing speech by Holland & Barrett’s CEO, delegates were sent for dinner, drinks and an early night in preparation for the big day ahead.

Day 2 was absolutely action packed! Each of the teams had to split their day between six different activities, all racing against each other, and the clock, in order to complete the tasks as quickly, and as impressively as possible, never forgetting that their every move was being monitored and scored. The Meet & Potato team followed the delegates to ensure the smooth running of all events, AND also to capture the antics on camera and film, gathering footage for the closing on-site edit!

Despite it being a serious day, for serious contenders, all participants performed their tasks in high spirits, with gusto and grins aplenty. 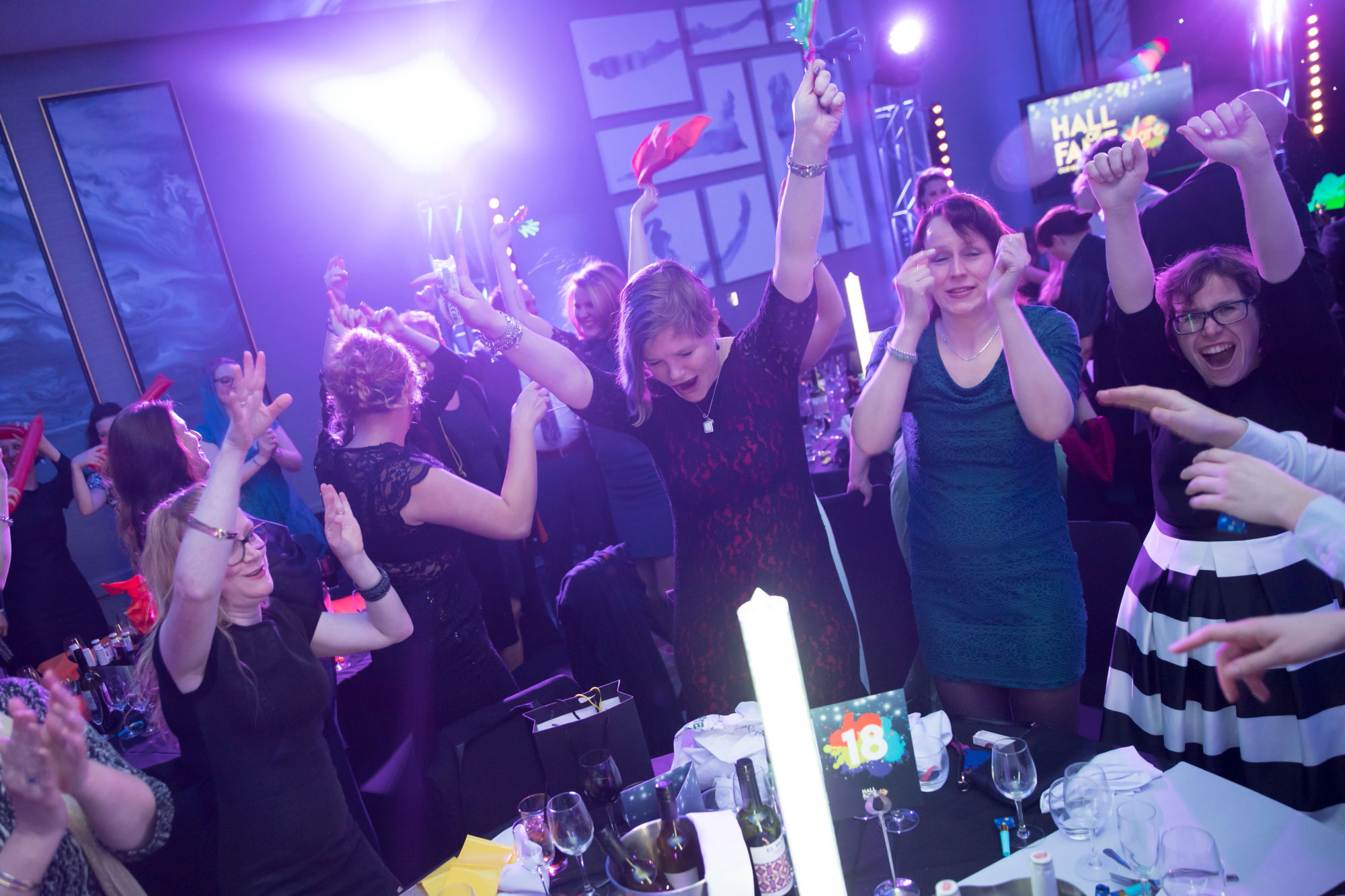 This sentiment continued on into the evening; a drinks reception and gala dinner, followed by the much-awaited awards ceremony to announce this year’s winners. Preceding the dinner, the evening’s entertainment, Hipster gave a taster of what was to come and the entire dancefloor filled. Teeing up the night ahead perfectly. But more than that, there was an overwhelming sense of pride in the room. For every team, every winner and every single person who took part.

Holland & Barrett’s Hall of Fame is a brilliant example of how valuable team building is and how important it is to recognise and reward colleagues for their contribution. It goes a very long way in breeding loyalty, passion and pride.